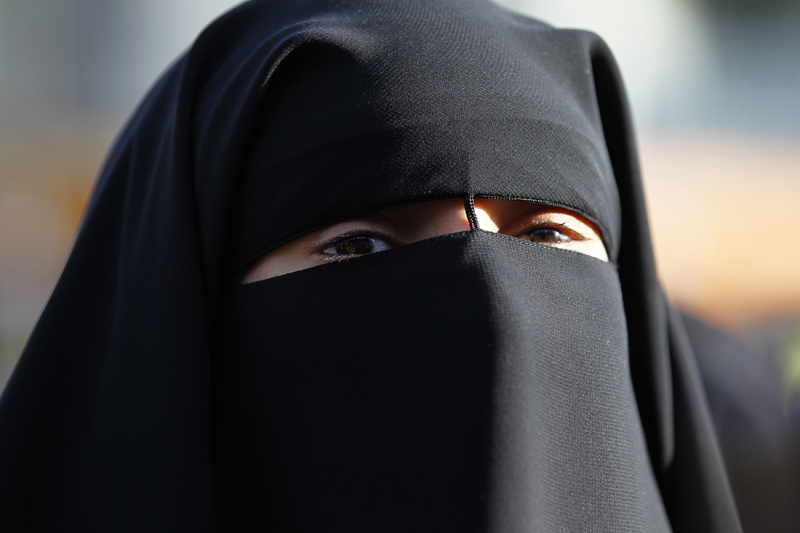 Hind Ahmas wears a niqab despite a nationwide ban on the Islamic face veil outside the courts where she arrived with the intention to pay a fine after she was arrested last May for wearing the niqab in public, in Meaux, east of Paris, on September 22, 2011. Photo courtesy of REUTERS/Charles Platiau
*Editors: This photo may only be republished with RNS-FRANCE-NIQAB, originally transmitted on Oct. 20,